Tempo Traveller On Rent in Pune 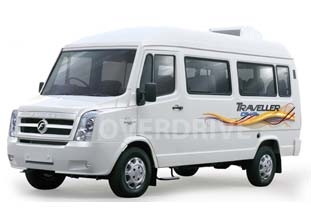 Today, Pune is known for its educational facilities and relative prosperity. Being the cultural capital of Maharashtra, Pune has well established manufacturing, forging and IT Hub industries. Current population of Pune is around 4 million even lots of people does travel to Shirdi from Pune with their families and friends so Right Cabs is great option for those people who frequently travels between Pune and Shirdi Pilgrim. Right Cabs is the best option for Pune to Shirdi Tempo Traveller, bus Service and Tempo traveller on rent in Pune.

Pune is also one of the fastest growing cities in the Asia-Pacific region. The ‘Mercer 2015 Quality of Living rankings’ evaluated local living conditions in more than 440 cities around the world where Pune ranked at 145, second in India after Hyderabad. It also highlights Pune among evolving business centres and emerging nine cities around the world with citation “Hosts IT and automotive companies”.