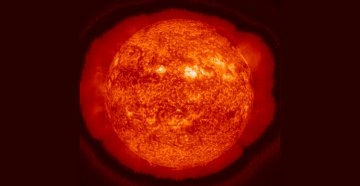 Helium is a chemical element with symbol He and atomic number 2. It is a colorless, odorless, tasteless, non-toxic, inert, monatomic gas that heads the noble gas group in the periodic table. It’s boiling and melting points are the lowest among all the elements. Helium is the second least reactive noble gas, after neon, and thus the second least reactive of all elements. It is inert and monatomic in all standard conditions. Since, helium has relatively low molar (atomic) mass, its thermal conductivity, specific heat, and sound speed in the gas phase are all greater than any other gas except hydrogen.

Helium is the second most abundant as well as the lightest element in the observable universe, being present at about 24% of the total elemental mass, which is more than 12 times the mass of all the heavier elements, combined. On Earth it is relatively rare — 5.2 ppm by volume in the atmosphere. Helium is a finite resource, and once released into the atmosphere, it readily escapes into space.